Clinical Trials and Studies on the Effectiveness of
Reiki in Health related problems.
At hospitals and clinics across America, Reiki is beginning to gain acceptance as a meaningful and cost-effective way to improve patient care. Personal interviews conducted with medical professionals corroborate this view.
(1) "Reiki sessions cause patients to heal faster with less pain," says Marilyn Vega, RN, a private-duty nurse at the Manhattan Eye, Ear and Throat Hospital in New York. [Reiki] accelerates recovery from surgery, improves mental attitude and reduces the negative effects of medication and other medical procedures - An Excerpt from "Reiki In Hospitals" by William Lee Rand

AbstractFatigue is an extremely common side effect experienced during cancer treatment and recovery. Limited research has investigated strategies stemming from complementary and alternative medicine to reduce cancer-related fatigue. This research examined the effects of Reiki, a type of energy touch therapy, on fatigue, pain, anxiety, and overall quality of life. This study was a counterbalanced crossover trial of 2 conditions:
(1) in the Reiki condition, participants received Reiki for 5 consecutive daily sessions, followed by a 1-week washout monitoring period of no treatments, then 2 additional Reiki sessions, and finally 2 weeks of no treatments, and
(2) in the rest condition, participants rested for approximately 1 hour each day for 5 consecutive days, followed by a 1-week washout monitoring period of no scheduled resting and an additional week of no treatments. In both conditions, participants completed questionnaires investigating cancer-related fatigue (Functional Assessment of Cancer Therapy Fatigue subscale [FACT-F]) and overall quality of life (Functional Assessment of Cancer Therapy, General Version [FACT-G]) before and after all Reiki or resting sessions.
They also completed a visual analog scale (Edmonton Symptom Assessment System [ESAS]) assessing daily tiredness, pain, and anxiety before and after each session of Reiki or rest.
Sixteen patients (13 women) participated in the trial: 8 were randomized to each order of conditions (Reiki then rest; rest then Reiki). They were screened for fatigue on the ESAS tiredness item, and those scoring greater than 3 on the 0 to 10 scale were eligible for the study. They were diagnosed with a variety of cancers, most commonly colorectal (62.5%) cancer, and had a median age of 59 years.
Fatigue on the FACT-F decreased within the Reiki condition (P=.05) over the course of all 7 treatments. In addition, participants in the Reiki condition experienced significant improvements in quality of life (FACT-G) compared to those in the resting condition (P <.05).
On daily assessments (ESAS) in the Reiki condition, presession 1 versus postsession 5 scores indicated significant decreases in tiredness (P <.001), pain (P <.005), and anxiety (P<.01), which were not seen in the resting condition. Future research should further investigate the impact of Reiki using more highly controlled designs that include a sham Reiki condition and larger sample sizes.

There are ongoing clinical trials of Reiki healing techniques for diabetic peripheral vascular disease and autonomic neuropathy, carried out at the Center for Complementary and Alternative Medicine Research in CVD, Adult Cardiac Surgery/Thoracic Transplantation and rehabilitation from stroke, spinal cord injury and traumatic brain injury, carried out at the Center for Research in Complementary and Alternative Medicine for Stroke and Neurological Disorders at the Kessler Institute for Rehabilitation (West Orange, NJ) 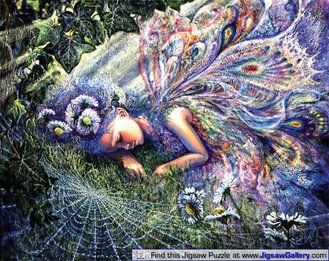 Reiki and Pain Relief
Lind J. Dressen and Sangeeta Singh reported on the results of clinical tests done to determine the effects of Reiki on pain relief and other symptoms. The test was geared towards determining the effects of Reiki treatment on pain, anxiety and depression in chronically ill patients. The test procedures and results were published in the Journal of Subtle Energies and Energy Medicine in 1998. Patients who had been in pain for at least a year were the subjects of this test. The participants also suffered from headaches, heart disease, cancer, arthritis, peptic ulcer, asthma, hypertension and HIV.

Dressen and Singh reported that “Reiki proved significantly superior (p<.0001-.04) to other treatments on ten out of 12 variables. At the three-month check-up these changes were consistent and there were highly significant reductions in Total Pain Rating Index (p<.0006) and in sensory (s<.0003) and Affective (p<.02) Qualities of Pain.” The study concluded that there were significant effects of Reiki on anxiety, pain and depression.

Reiki is a non-invasive energy healing modality that is slowly but surely making inroads in the medical community. The beauty of Reiki is that it can be easily learned by anyone, regardless of age and physical condition. Although additional training is needed before one can become a Reiki therapist, anyone can learn Reiki and use it for her/his own physical, emotional, mental and spiritual well-being.

But the studies continue (see NIH-supported clinical trials, which are currently recruiting patients to test the efficacy of Reiki, including distant Reiki).
Autonomic Nervous-System-Changes During Reiki Treatment: A Preliminary Study.
Five patients with life-threatening diseases participated in this study.
The participants were suffering from lupus, fibromyalgia, goiter and multiple sclerosis.
As part of the study, each of the five participants received eleven one-hour Reiki treatments from four different level 2 Reiki practitioners and one Reiki Master. The five Reiki therapists were asked to give Reiki over the same body positions which included neurovascular regions on the cranium, neurolymphatic points on the trunk and minor chakra points on the limbs.
The participants received no other alternative treatments during the test period. Three consecutive treatments were initially given, and then the participants received one treatment once a week for eight weeks. 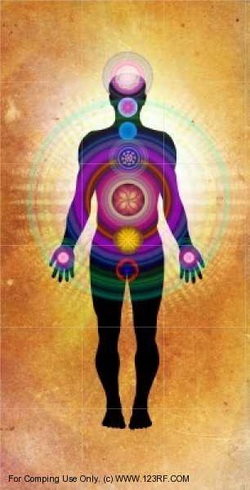 Explanation on how emotions affect our physical body.
Positive and negative experiences register a memory in the cell tissue as well as in the energy field. As neurobioligst Dr. Candace Pert has proven, neuropeptides -- the chemicals triggered by emotions -- are thoughts converted into matter. Our emotions reside physically in our bodies and interact with our cells and tissues. ...

As Dr. Pert said on Bill Moyers' "Healing and the Mind, ..."Your mind is in every cell of your body." Moyers: "...You're saying that my emotions are stored in my body?" Pert: "Absolutely. You didn't realize that? ...There are phenomena that we can't explain without going into energy." ...

Each area of the body transmits energy on a specific, detailed frequency, and when we are healthy, all are "in tune." ...This way of interpreting the body's energy is sometimes called "vibrational medicine." It resembles the most ancient medical practices and beliefs, from Chinese medicine to indigenous shamanic practices to virtually every folk or alternative therapy.